IS A REVERSE MORTGAGE RIGHT FOR YOU?

You Can Access Your Home's Equity
For many borrowers, this is the number one reason a reverse mortgage is the right choice for them. Access to funds from one's home equity to pay bills and expenses during retirement or pay off other obligations can prove an immense help and an alleviation of financial worry.

Reverse mortgages are a versatile financial tool that nearly a million homeowners have used to age-in-place, and for other reasons. However, like any financial product, reverse mortgages should be considered carefully before deciding whether to obtain one. ​Take the NRMLA self-evaluation and have Mathius Marc Gertz, the reverse mortgage specialist, personally call you and answer your questions. ​

Who Can Benefit From a Reverse Mortgage 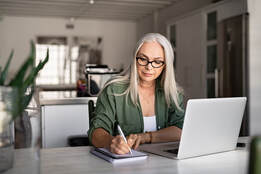 Susan was a busy exec at a fortune 500 company. Divorced and in her early 60’s she was assessing her retirement plan with her advisor. She had done well and had plenty of funds set aside for retirement. Between her pension, self-directed 401K and social security, she looked forward to a comfortable retirement. However, her advisor Karen knew that the best laid plans can go astray.

Karen wanted Susan to project what might happen financially if she had a serious long-term illness or some of her investments failed. In those scenarios, Susan’s expenses might easily go up by hundreds of thousands of dollars a year for medicine and long-term care. Karen recommended looking into a long-term care policy and a reverse mortgage.

Karen called me and I met with them. We discussed an increasing line of credit option. I explained that it could never be reduced or cancelled like a HELOC and that the younger Susan was when she took it out, the more home liquidity she would have in the future if she needs to use the funds. The initial didn’t have to be any larger than the closing costs so the interest cost would be minimal. This proved to be a great solution and we put it into place just as Susan retired at age 62.​
The Maximizer 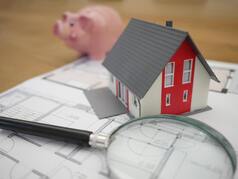 Jeffrey wanted to make sure he would be able to maximize the income from his investment portfolio. He met with the wealth manager at his local bank and was concerned when they discussed what might happen if his stock-based portfolio should decline in a bear market.
​
Jake, his banker, put him in touch with me. We met at his home and I showed Jeff how we might use reverse mortgage proceeds to balance his investment portfolio so that when the assets shrank, the reverse mortgage could provide monthly payments until his portfolio recovered. In this way he wouldn’t have to liquidate principal when its value was at its lowest.
The New Homebuyer

Michelle was 69, widowed and disabled. When her husband Marvin died, he left their estate in a trust for her welfare administered by her cousin and attorney David. It was determined that it would be best to sell the home she and Marvin had lived in together and move into a modest condominium. However, there wasn’t enough income for a mortgage payment and if the estate paid cash for the condo, it wouldn’t leave enough money to create income for Michelle.

David discussed the situation with a professional fiduciary colleague who I had a trusted relationship with. He introduced David and I and we designed a program that would require Michelle to only use a fraction of the proceeds from the sale of the home and the balance would be financed with a reverse mortgage. In this way, hundreds of thousands of dollars could be kept under management to provide income, Michelle would be in manageable space with lower expenses and there would be no mortgage payments. In addition, the purchase was designed to keep the current tax base so that Michelle’s property taxes and insurance didn’t change. Now she is truly safe and secure like Michelle and her husband had wanted for her to be.
The Pragmatic Planner 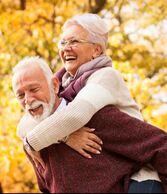 Jeff was 62 and retiring after 30 years in civil service. He and his wife Molly had been working with a retirement planning specialist for the last seven years. Four years ago, Kim, their planner, had introduced them to me and we had discussed reverse mortgages as just another way to tap liquidity in an asset. Jeff had been concerned. He knew that he needed his maximum social security benefit to retire comfortably, but that wouldn’t be available till he was 69. What could he do for those seven years in between?

I designed a reverse mortgage program that gave him payments starting at age 62 to take the place of this maximum social security payments for 84 months until he was 69. Then he would start getting social security and the rest of the reverse mortgage funds would convert to an emergence line of credit account. The loan process went like clockwork because we had planned it well in advance and upon retirement, Jeff got his first check from his pension and from his reverse mortgage.
The Homebody 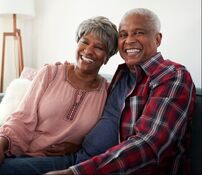 Gary and Jean had decided that they wanted to live in their current home for the rest of their lives. They had spoken to their grown sons and neither one wanted their parents’ home once they died. So, maximizing income while alive was the only consideration when they called me at their accountants advise. Gary was a savvy investor and had done well. Now he wanted to add to that portfolio to guarantee their lifestyle against all contingencies.

After getting some information from him on the phone, he and Jean and I met to look at options. They choose the reverse mortgage cash out option. This would give Gary nearly two million dollars tax free that he could invest. Thereby guaranteeing them the option to remain in their home for the rest of their lives.
The Eager Retiree 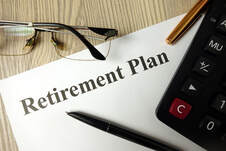 Donald had been self-employed his entire life. A risk-taking serial entrepreneur, he had always believed in himself and invested all his money in his business ventures. Sometimes he was successful, sometimes not. One of his successful investments was buying his home. He had cash when the real estate market collapsed and bought the rather large home on ten acres at a great price. In the decade since, the value of his home skyrocketed. Now he was finally ready to retire from business and spend his last decades pursuing his artistic passions.

However, Donald had held onto little other than his home when he was ready. He sold his last business but he only netted one million from that. The home, on the other hand, was worth a lot. His business attorney introduced us and I showed Donald how we would access five million dollars in liquidity tax free out his home without payments. This would give him a total of six million dollars to put under management to produce income and guarantee his artistic retirement. Problem solved.

Because the private mortgage product from the 1960’s and the current government designed program that became permanent in 1998 have the same nickname, the facts and differences between the two plans are frequently confused. A lot of people who are old enough to remember the 1970’s articles about reverse mortgages think that the current HECM program is the same as that one. That couldn't be further from the truth. So what do we do?
​
Well… some of you may remember that before there was the television series LAW AND ORDER there was the TV show DRAGNET. The Sergeant, Joe Friday, frequently implored female informants to provide "Just the facts, ma'am". So,take a moment before you read any further and let's separate the facts from the fiction about reverse mortgages?
Fiction: I will lose my government assistance if I get a reverse mortgage.
​​
FACT: A reverse mortgage does not affect regular Social Security or Medicare benefits. However, if you are on Medicaid or Supplemental Security Income (SSI), any reverse mortgage proceeds that you receive must be used immediately. For example, if you request $4,000 in a lump sum for home repairs and spend it all the same calendar month, everything is fine.
Fiction: With a reverse mortgage you are selling your house to the bank and the house has to be free and clear to qualify.

FACT: Homeowners never give up title or ownership of their homes and most homeowners use loan proceeds to pay off an existing loan.
Fiction: Reverse mortgages are costly and have high fees.

FACT: Interest rates are comparable to conventional Federal Housing Administration (FHA) rates and fees vary by lender. Our company works with six different reverse lenders to design the best programs for your needs. ​
Fiction: Reverse mortgages are a loan of last resort.
​
FACT: May people use a HECM Line of Credit as a safety net to draw on in case of emergency. In addition, it is now possible to get a reverse mortgage up to six million dollars.
Many people use this money to invest and create retirement income, as well as use the HECM to pay for property taxes and home repairs.
Fiction: If the home loan balance grows bigger than the home value, the borrower is on the hook for the difference.

FACT: A reverse mortgage is a non-recourse loan, and a borrower, the estate, the children or the trust will never owe the lender more than the current value of the home.
Fiction: All reverse mortgage funds that you receive need to be explained, justified and approved for use by the lender, the Federal Housing Administration (FHA) and the Department of Housing and Urban Development (HUD).

FACT: There are no restrictions, approvals, explanations or reporting required. Funds may be used for any purpose, at will, without justification. Currently, Reverse loan proceeds are received tax-free and do not need to be claimed on your tax returns.
Fiction: There are few if any differences between a HECMLOC (Home Equity Conversion Mortgage Line Of Credit) and a HELOC (Home Equity Line of Credit).

FACT: They are entirely different except that they are both lines of credit that use your home as collateral for the loan.

​Let us separate fact from fiction and Reverse Your Thinking® about reverse mortgages!